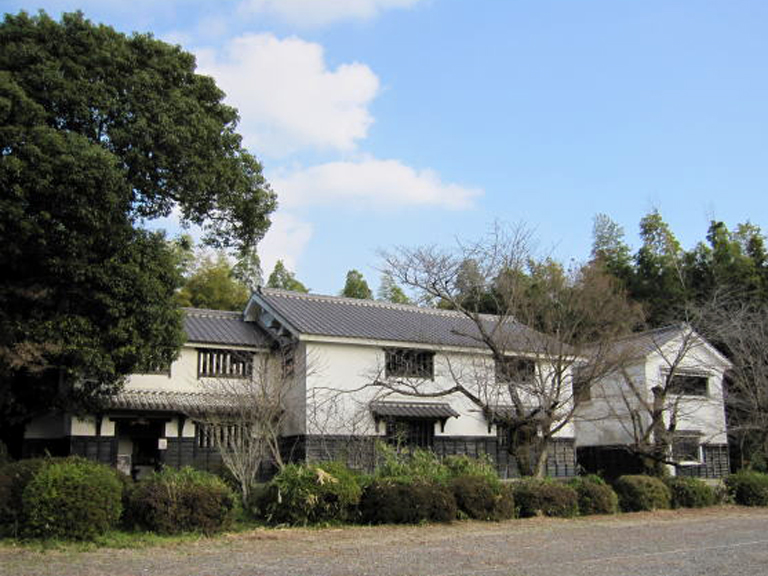 The Kumamoto International Folk Craft Museum was founded on May 23, 1965, by Kichinosuke Tonomura (1898-1993). Tonomura had great respect for and was a strong advocator of philosopher Soetsu Yanagi (1889-1961). He dedicated his whole life to Yanagi’s Mingei philosophy and Movement.

The Kumamoto museum houses more than 3,000 items originating from Tonomura’s personal collection. He had already founded the Kurashiki Folk Craft Museum in Okayama Prefecture in 1948, and was the museum’s first director. He wished, however, to build another museum in Kumamoto, located in the heart of Kyushu, because he believed the area was a treasure trove of traditional craftwork. Tonomura had a strong urge to put into practice Yanagi’s idea of the “Beauty of Use”, by introducing items produced by nameless artisans to be used daily by the common people. At the age of 66, he transferred an old sake brewery and small shipbuilding shed from Okayama Prefecture to Kumamoto, to use as the museum building.

Mingei architecture is often transferred and used as an educational introduction to the philosophy of Mingei. The Nihon Mingeikan in Komaba, Tokyo, has a traditional farmer’s long-gate house (Nagayamon) transferred from Tochigi Prefecture. Potter Shoji Hamada’s original residence in Mashiko consists of a traditional thatched farmer’s house. The Kurashiki Mingeikan buildings include an historical warehouse with whitewashed walls. And the Kumamoto Mingeikan makes use of a classic sake brewery house for the museum building.

Tonomura added another building to the Kumamoto Mingeikan in the autumn of 1969, for a new project to display handmade toys from around the world. It was his hope to invite more visitors to enjoy the sincere playful life of children. He also brought in looms to demonstrate how to weave. He believed that museums should not only display collections and give lectures, but also create beautiful handmade items and send them into the daily lives of everyone.

Tonomura intentionally put ‘International’ in the name of his new Mingei museum in Kumamoto. He wrote in the Kumamoto Mingei bulletin, Vol. 1 and 2 (Sept. 1965 & Feb.1966), that the reason was his museum must of course reflect regional characteristics, but should also work on a more global stance by exchanging information, exhibitions and cultural activities with folk craft museums from other countries. As part of his belief in realizing the universal qualities of Yanagi’s Mingei philosophy, Tonomura conducted various Mingei researches to, for example, Okinawa, mainland prefectures along the Japan Sea, Shikoku Island, and was also internationally active by going on excursions to countries in South America, Europe, as well as India, Nepal and Taiwan. The connections that he cultivated in many countries at the time, are continuously being developed as of today. Tonomura believed, all his life, that it was his mission to establish regional Mingeikans (folk craft museums) all over Japan, and he felt a strong responsibility to reach his goal.

Tamihiko, Tonomura’s first son and current director, laments with disappointment that in our disposable lifestyle of today, the spirit of Mingei has all but seemed to have disappeared. However, at the same time, there is a growing number of people wishing for that “something” that Soetsu Yanagi pursued – the special sense of connection felt through the touch and production of humble handmade items. Tamihiko emphasized that it is our responsibility to make effort and push forward the Mingei Movement, which is the expression of universal understanding and warmth of the lives and aesthetic of all peoples around the world.